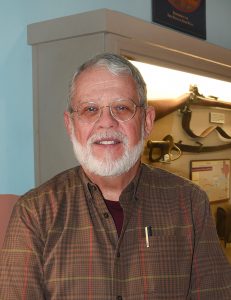 Clay Renick was born and raised in Borger. He graduated from Borger High in 1972 and enlisted in the U.S. Navy that year. He served for 4 years active duty and after his discharge from the Navy, he attended Texas Tech University and graduated with a Bachelors Degree in Design Communications with a minor emphasis in photography and illustration.

Upon his graduation at TTU, he and his family moved to Dallas where he worked in a design studio for 18 months before opening his own studio in Irving, Texas in 1983. He owned and operated that business, Clay Renick Design, for 21 years. From national and local accounts to Mom & Pop businesses, Clay provided design, production and art direction services for his clients.

He returned to Borger semi-retired in 2005. He tried retirement, found it to be not as wonderful as he expected and opened a new graphic design and advertising business, Clayworx, in 2006. The Director’s position at the museum became available and he assumed that post in September of 2012.

Clay’s wife, Lisa teaches art at Borger High School. Clay has two children by a previous marriage. Clay and Lisa have three grandchildren and venture to Dallas regularly to see them and their parents.

Clay says of his job, “I’ve always loved history. I knew some of our county’s history from living here as a child, but upon taking this position, I’ve been very pleasantly surprised at the depth of what there is to know. There’s something new to learn every day. There’s a lot of history here and my staff and I tell it - one story at a time.” 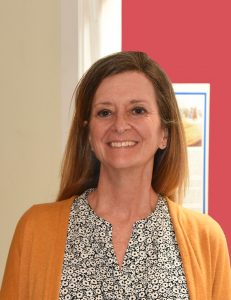 "I don’t believe in accidents. There are only encounters in history." - Pablo Picasso

Deborah (D.D.), was born and raised in Borger, TX. Living here her whole life, she graduated from Borger High School and raised twin daughters as well as had multiple jobs in the community.

D. began her newest endeavor of working for the Museum in 2019. She has settled in and loved every minute of it since. She began her career as Registrar and has now moved on to Administrator. Every day she finds she learns new bits of fascinating and inspiring pieces of history about Borger and its surrounding areas. Her day-to-day activities keeps her on her toes as she learns new tasks. Never meeting a stranger, she also enjoys seeing all her friends that come in and the new ones she makes when they walk in the door. 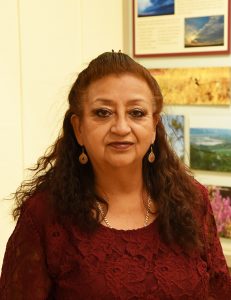 Rosa Rangel was born and raised in El Paso, Texas.  In 1980, she and her family (husband and twin sons, age 6) relocated to Borger, Texas.  Two years later, she moved to Stinnett, Texas where she settled to raise her children and another son was born in 1982.  Rosa has 3 sons, 6 grandchildren and 1 great-grandson.

Rosa began working for the Borger Independent School District in 1992 for the Head Start Program, where she began pursuing a degree in Education while continuing to work for BISD.  In 1999 she received an Associate in Arts Degree from Frank Phillips College and then a Bachelor of Science Degree in Interdisciplinary Studies from West Texas A&M University in 2001.

The Registrar position became available at the museum and Rosa took that position in December, 2020.  She loves doing research on every historical object that is generously donated to our museum by our Hutchinson County community, and feels privileged to be part of their preservation.  She says, “Each object tells a story, not only about the people that have gone before us in Hutchinson County, but of a bygone era that is worth preserving for all to see.” 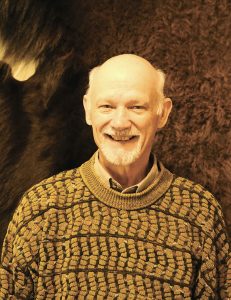 Rick Say is a 1969 graduate of Borger High School. He attended Frank Phillips College and transferred to Texas Tech where he graduated with a Bachelor’s degree in History and a minor in Political Science. He earned a master’s degree in Education Administration from West Texas State University. After 35 years as a teacher, tax appraiser and elementary school administrator, he retired.

Rick says, “fortunately, retirement has allowed me to work part-time at the Hutchinson County Museum where I have been able to follow my passion for local history. I hope to see you there.”